A Foundation in Teamwork

Charlie Coffey, a former college football head coach, knew the importance of talented and committed players. It’s the foundation of any great football team and the cornerstone of every successful business. From the beginning, the focus has been on building a high-performing team that would ensure Nationwide’s ongoing success. Through efforts aimed at recruiting experienced leaders as well as developing the next generation, Nationwide now has a leadership team dedicated to our clients’ commitments.

In 1980, Charlie Coffey set out to create a new type of trucking company. He wanted to establish a next generation of service through “partnering” with companies to meet and exceed their transportation and logistics objectives. With that vision, he founded Nationwide Express. As a result of Nationwide’s long-term commitment to excellence and the ability to listen and respond to our customers’ needs, the original truckload carrier founded 40+ years ago has expanded and evolved its offerings to include dedicated transportation, recycled metal transportation, material handling, warehousing, logistics, specialized carriage and waste management services company. What is a driving force behind this growth? Our adherence to our mission statement.

“To do what the customer wants done, when he or she wants it done, 100% of the time unless it is unprofitable, unethical or unsafe. If it is any of these, don’t do it the first time.”

Our mission statement is the lens and filter that we use to evaluate everything we do and how we do it.

Is what we are about to do going to be profitable for our client, our people and our company? If yes, check.

Is what we are being asked to do ethical? If yes, check.

Is it safe? If yes, check

If the answer is yes to all these questions, then do it 100% of the time. If it is not, do not do it the first time.

Nationwide has experienced growth and success by being dedicated to their clients’ commitments, but that dedication and commitment to excellence started with our founder, Charlie Coffey. Charlie Coffey embodied the values of tenacity, perseverance, loyalty, hard work, duty, and service to others by the way he lived his life. He learned many lessons growing up one of ten kids in the Depression and worked hard to receive the 99th of 100 football scholarships awarded at The University of Tennessee. Through hard work both on and off the football field, Coffey ultimately became a Co-Captain and maintained the highest GPA for four consecutive years. While later serving his country as a US Army Infantry Officer, these qualities were further honed. Upon leaving the Army he embarked on a twenty-year college football career. There were successful stints at The University of Tennessee (defensive line coach), The University of Arkansas (defensive coordinator) and Virginia Tech (head coach). Ultimately, he brought his fundamentals and commitment to excellence to Nationwide Express with its founding in 1980. He lived his life in a way that instilled those values in his sons, Michael and David Coffey (current CEO and President).

Coffey also valued those who had taken the time to serve and encourage him. He was always looking for an opportunity to pay that forward. The desire to give back to those who serve so that we can pursue our hopes and dreams is alive and well at Nationwide today…which is why Nationwide is a proud corporate sponsor of the Special Forces Charitable Trust, a 501(c)(3) charity that provides meaningful and sustainable support to the U.S. Army Green Berets and their Families. The SFCT supports timely, innovative and comprehensive programs and services designed to enhance the well-being and health of both the Special Forces Soldier and his Family. 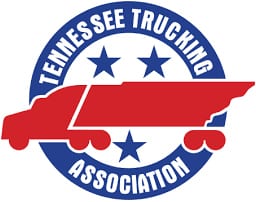